‘My name is Bill Mantlo. I want to go home.’

If you have the time, and emotional fortitude, I recommend you read this lengthy and heartbreaking profile of Bill Mantlo, the prolific 1970s and ’80s Marvel writer who now, 19 years after being struck by a car, lives in a Queens, New York, nursing home. While his struggles have been reported on in the past, I can’t recall them being chronicled in such crushing detail.

Mantlo turned 60 on Wednesday, but in his gaunt and pale condition, is described as looking closer to 80. He lacks mobility and labors to speak; he has a history of violent outbursts. Marvel’s “fill-in king,” who co-created Cloak & Dagger and penned titles like ROM, Micronauts and The Incredible Hulk, hasn’t been able to write since 1995. The last personal entry in his journal, dated Feb. 14, 1995, begins, “My name is Bill Mantlo. I want to go home.” 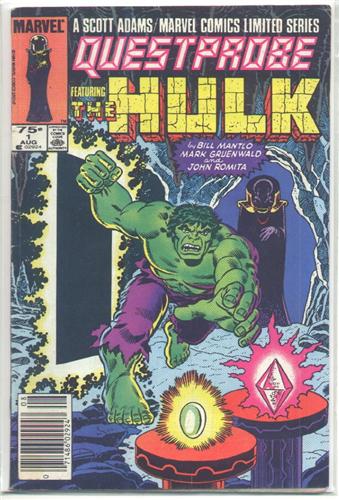 The article in National Underwriter Life & Health magazine, titled simply “Tragic Tale,” recounts his career at Marvel — warts and all, including accusations of plagiarism — where he wrote more than 500 issues, until his assignments dried up in the mid-’80s. It also touches upon his work as an attorney for the Legal Aid Society and the bitter divorce that preceded the hit and run that started Mantlo on a tragic two-decade decline.

When Mantlo’s health-insurance provider wouldn’t cover the long-term respite care it deemed necessary, his legal guardian, his brother Mike, quickly sold off the majority of his assets so he could qualify for Medicaid. His collection of toys and memorabilia, his comic books, the vacation cottage he once owned with his wife — all gone. That was 1995.

It really is a heart-wrenching story, a tragedy made worse by a flawed healthcare industry and an insurer eager to cut its losses.
Postado por Anônimo às 16:36 Nenhum comentário: